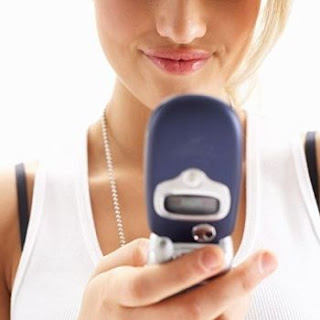 Met a cute boy. Hung out, watched movies, talked and talked, shagged, parted ways. It’s an age-old tale. Nothing new, or exciting, just your garden-variety short-lived romance… Or fling? Yeah, that’s all it was. “Nothing to see here folks, just a fling.”

Sure, he was adorable. (I told him I “dug him to the max”) Yes, he asked me to stay the night. True, we like the same kind of music, love football (me-Green Bay, him-Indianapolis), share a penchant for Star Wars, and experienced a wicked shag or ten (“Holy Moly!”). But hey, no promises were made, and no long term plans were discussed. We met and parted ways, and that was that.

A day later I got my first email. Just something minimal to ask how things were going and “let’s keep in touch!” Silly, considering he had left just 1 day before, but I took it as his way of saying “That was fun/no hard feelings/I do this all the time.” Plus he hadn’t previously given his e mail address, so clearly that was the point. Nuff said. There was a reply, quickly followed by another email, full of silly, quick-witted asides, and random, details about day to day life.

The following week I got a voice mail. It was short and to the point. Something about having seen my number show up, but I hadn’t left a message, and “what’s up?” (Well, I hadn’t left a message because I don’t do messages, and besides I had nothing important to say. Plus, why would I leave him a lame recording, highlighting my dorkiness and complete crushingness?)

Anyhow, there I was, playing it cool, listening to my new, unexpected voicemail, when it happened… ”Bye you.”

Are you getting this?

Simple enough. Just two little words. But was it my imagination, or did that simple sign off imply something more than general interest? Perhaps it was hinting at something more… intimate? No, intimacy knows nothing of subtlety. Still… was I onto something?

Seems innocuous enough, but let’s face it. It’s the modern, tech-savvy, short on letters/big on meaning, version of “I like you”. It conjures images of that not quite full fledged, unrequited sort of infatuation. Those first gentle tugs on the heart strings. The butterflies, the interest, the curiosity.

Sidebar: I personally use “Mister” which implies a certain attraction. I like its mixture of the formal and the familiar. Like, “I like you. You’re special. I don’t know you yet…but I want to!” I should note, I’m not sure this works as well for ladies. There isn’t really a formal form of address that doesn’t conjure images of mothers, or ladies in floral print dresses. Mrs. and Miss are entirely too uppity. I have on occasion been called “Lady” to good effect, but rarely during courting. No, this title is definitely more suited as a girl-to-girl salute, than a come on.

Right. Getting back to my point, I’ve asked around, and I’m pretty sure I’m onto something here.

When queried, most people agree that, when used in this manner, the word you no longer simply refers to the person at the other end of the conversation. No, when used as such, it can mean only one thing: “It’s you that I like, you that I want, you that I think is cute” etc, etc.

YOU! He called me you!

Other recent usages included greetings: “Hey you”. (I received this one in an e mail today.) Not to be confused with the “Hey what’s up?” kind of hey you. No, this one was entirely different. In my mind, it was used in the same thread as, “Hey Hotness”. It once again implied, “It’s you that I like, you that I want, you that I think is cute” etc, etc. We are clearly signifying a serious sort of like here. Serious indeed.

So, having done some significant research on the subject, I’m quite sure that something is going on here.

Right. Only one thing to do…